THE POWER OF DIRTY WORDS 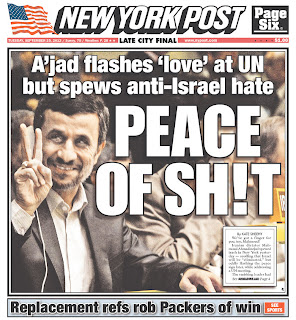 THE POWER OF DIRTY WORDS--Illustrated!!!
by Norman Spinrad

Have I gotten your attention?

Of course I have!

These words have that magic power.

As we all know, fuck, shit, piss, and cunt are the rock bottom basic “dirty words.” Neither the New York Times nor any other establishment publication will print them.  They may not be uttered on broadcast television.

These four words mean precisely the same things, but are perfectly kosher for polite discourse, publication, and prime time.

We all know that too, but do we all know why copulate, defecate, urinate, and vagina are “clean,” whereas their exact synonyms, fuck, shit, piss, and cunt are “dirty?” Why these words even have the power to render such innocently “clean”  words like mother, eater, face, sucker, “dirty” by appending such taboo “Anglo-Saxon expletives” to them?  Why I observed an infuriated Frenchman futilely attempting to fully express his ire by cursing in his native language but forced to finally satisfy himself by screaming FUCK! at the top of his lungs?

This was the depth of the so-called “Middle Ages,” A.K.A the “Dark Ages.”  There were three clear-cut classes in a pyramidal societal hierarchy: the Church, the Nobility with Royalty at its pinnacle, and more or less most everyone else except a small minority of craftsmen, the Peasantry, A.K.A. Serfdom.

Furthermore, French being a derivative of Latin, a so-called “Romance Language,” it shared the phoneme musicality of its mother tongue, whereas the Germanic phonemes of Anglo-Saxon had a rough, guttural, and uncouth musicality to upper-class Latinate ears, a crude and inferior language appropriate to the crude, inferior, conquered Anglo-Saxon peasants.

And on top of this was the rigidly theological subjugation of libidinal sexuality in the service of the psychological, political, and social power of the Catholic Church.  The Church powers that were may not have fully understood the why of what they were doing as we can today, but they knew enough to know the haiku version that “you can’t control a man with his dick in his hand,” though of course they would probably have been incapable of even thinking such a thing, let alone uttering it, in blunt Anglo-Saxon English, and it loses quite a lot in Latin or French translation.

Which therefore had to be suppressed, declared the evil temptation of Satan, allowed only when sanctioned by itself in marriage and deemed a necessary evil even then.  Made conceptually and morally “dirty” and likewise the organs involved.  And conveniently enough, all these organs were also organs of excretion, and humans are hard-wired for sound biological reasons to find the odors of urine and feces repulsive, disgusting, and therefore “dirty.”

You will note that his cold scientific explication of the physiological basis and political usage of the Church’s anti-sexuality and the theological means of achieving and enforcing it was written using the neutral Latin words for the organs and action in question rather than fucking, cunt, piss, and shit.  Alert feminists will also note that there is no entirely “dirty” English word for penis, every last one of them--prick, cock, dick, and so forth-- having quite acceptable other uses.  What this may tell us about the political psychology of phallocratism, I leave to you, ladies.

The salient point being that “fuck,” “shit” “piss,” “cunt,” free-standing or as modifiers of such words as mother, eater, drinker, sucker, and so forth, became “dirty” because they were the words for the Latin “copulate,” “defecate,” “urinate,” and “vagina,” in the guttural Germanic of an Anglo-Saxon forerunner of modern English spoken by a conquered native population reduced to an economically subjugated lower class.  Words denoting organs associated with both “dirty” and foul-smelling excretions and theologically proscribed acts and the acts themselves.

“Filthy peasant, I piss in your boots,” is the punchline of a not all that funny a joke about the pre-revolution Russian aristocracy and perhaps a haiku version of the cause of the revolution which overthrew it, for if the peasant were played by Arnold Schwartzenegger, the answer would no doubt have been “Fuck you, asshole!” as in the real world it eventually was.

You will note that the above paragraph works better than it would translated into any language other than English, Russian included.

Magic words of power, ironically and justly enough given that power by military, political, economic, cultural and linguistic subjugation, by sexual repression, by the very powers and forces that made them taboo, that censored them as “dirty,” whose every utterance is, whose very appearance in print, therefore becomes, an act of defiance and therefore of liberation.

April 23, 2020
DONALD TRUMP AGENT OF SATAN THE SONG AND VIDEO UPDATED BY JOE CADY Music   by Joe Cady and Norman Spinrad Lyrics and vocal by Norman Spinrad SEE AND HEAR IT ON YOUTUBE
Read more
March 10, 2020
VITAMIN C VERSES CORONAVIRUS Why I've not yet read this anywhere I don't know but that is why I'm duty-bound to do it myself: Vitamin C will be effective against the Coronavirus, personally, and collectively. Vitamin C promotes the body's creation of Interferon which is key to the strength of the immune system. Everyone should take at least 2000mg of Vitamin C, 1000 in the morning, 1000 in the evening, some say another 1000 mid-day. This is not curative, this is cautionary, keeping your immune system running at maximum. If you start to suspect that you may be feeling early symptoms take 1000 mg of Vitamin C an hour until your urine turns bright yellow, which means that your Vitamin C is at maximum and you are pissing away the rest. This will not always stop the infection but it frequently will. I am not making this up, it was discovered and elucidated by Linus Pauling, a Nobel class biochemist. Decades ago, I suffered chronic urinary infection like many men. When I
Read more
April 16, 2020
QUARANTINE                               by Norman Spinrad  If it wasn’t the best of times, at least it wasn’t the worst of times, or something like that, which is the opening line of a novel called A TALE OF TWO CITIES, and it seemed like this would be only a tale of one. Back in the day before the Quarantine, Manhattan island was the heart and soul and pocketbook of New York City, to the extent that New York could have been said to have all three, Wall Street, Greenwich Village, Broadway and 42nd Street, and all that jazz. When you saw a movie or a TV show or an ad featuring New York, the Big Apple was Manhattan, not anything in what some visiting Californian must have dubbed the “Outer Boroughs,” the moral equivalent of Anaheim or Eagle Rock as far as a Hollywood wise guy was concerned. Not that I was a Hollywood wise guy just because my sales office happened to be located on the seventh floor of one of those unglamorous glass towers at the
Read more

April 04, 2020
THE 21ST CENTURY SHAMAN                          Alternate Medicines and the Scientific Method                     by  Norman Spinrad           Written   over a decade ago as a proposal for a book that never got written  but all too pertinent  to the era of the coronavirus                     There are many medical systems on this planet, some of them ancient, some of them new, more of them that not based on metaphorical systems. Only “Western” or “alliopathic” medicine is based on rigorous science.  But many of the traditional non-western systems cure some conditions cure some conditions but not others. Many of these cures work in practice, but not in theory. That is they do work, but not for the reasons the theory behind them contends, metaphoric shamanic systems that over centuries evolved them over trial and error, and some of these belief-based cures can do real harm.  With the ones that do work, the shamans know they work, but are mistaken as to how. So what i
Read more
June 01, 2020
ELECT YOUR PEOPLE'S POLICE                            by Norman Spinrad If something isn't done, and done fast, a civil war in the United States is just a shot or a Molotov Cocktail away. But how and by who?   If there is one American who could stand up before the protesters and be listened to it is surely the one and only former President of the United States, Barack Obama. Live before the largest crowd possible and of course well televised.  What should he say? He should speak the hard truth to the leaderless protesters that what they are doing is counterproductive to their own confusion of diverse and general causes which if even possible would take decades of legislation to accomplish. What is needed  immediately is a strong significant and reachable demand. Demand that the head of all police departments in the United States--cities, towns, states everywhere--be elected by the  people their police are mandated to protect and serve. Open elections with
Read more

May 02, 2013
This, at least to me, is an amazing interview done with me from way back in 1978 by Joseph S. Zitt, courtesy of  Steve Davidson.  A scanned pdf from what may have actually been a mimeographed fanzine.  The only form in which I could put it here. Contact Interview with Norman Spinrad from 1978 in pdf formant!   Fascinating to see how dead right I was about many things, how optimistically dead wrong about others! Strangely enough, maybe the best interview with me ever, certainly the best through 1978. And still, I think the longest.  This, including the illo, is posted on the Amazing Stories website.
Read more

DIRECT ACTION CAN DO IT!

February 15, 2020
DIRECT ACTION Virginia with 13 electoral votes has now joined the Compact.  The magic number is 270.  Now the count to it is 209 and rising.  Only 61 more electoral votes to go.  Which state will be next?  Which state will be the one to finally make it so?  Save American Constitutional Democracy from the coming singularity via The National Popular Vote Interstate Compact   In 2016  Clinton got 3 million more popular votes than Trump but Trump was elected President against the will of the majority of the American voters and the odds are that something like it is going to happen again in 2020. And if it does, the Constitution of the United States will be revealed as incompatible with American Democracy and something cannot help but give. There cannot fail to be a paradigm shift AKA a revolution against the Constitution as it stands. Indeed there has already been a quite Constitutional coup already via the Electoral College. One thing is sure--Donald Trump
Read more

GAY OR STRAIGHT, MARRIED OR NOT, ALL COUPLES ARE MATES!

September 22, 2013
A LONG RETROSPECTIVE ON QUIETUS Here's the text in full, but this is another illustrated piece, so I'm also linking to the full online illustrated version All these interviews and articles in such a short period of time is wonderfully encouraging and greatly appreciated. But also frustrating and infuriating. With all of this, why isn't there an American publisher with the cojones or at least the commercial street-smarts to publish OSAMA THE GUN, WELCOME TO YOUR DREAMTIME, or POLICE STATE? Frustrating, infuriating, and I'm beginning to feel, rather disgusting. rhe full illustrated version The full illustrated version By Any Other Name: A Norman Spinrad Retrospective  Sean Kitching , September 22nd, 2013 08:55 Sean Kitching delves in to the life and work of Norman Spinrad, who having turned 73 last week arguably remains one of science-fiction's greatest authors and enduring characters Norman Spinrad has easily the most fitting surname of any scien
Read more

All my books on Amazon

All of my books available directly You don't have to search for "Norman Spinrad."
THIS DIRECT CLICK WILL TAKE YOU THERE:
https://www.amazon.com/s?k=norman+spinrad&i=stripbooks&crid=24Z53VYA151CL&sprefix=Norman+Spinrad%2Caps%2C240&ref=nb_sb_ss_c_3_14

TRANSLATE TO OTHER LANGUAGE